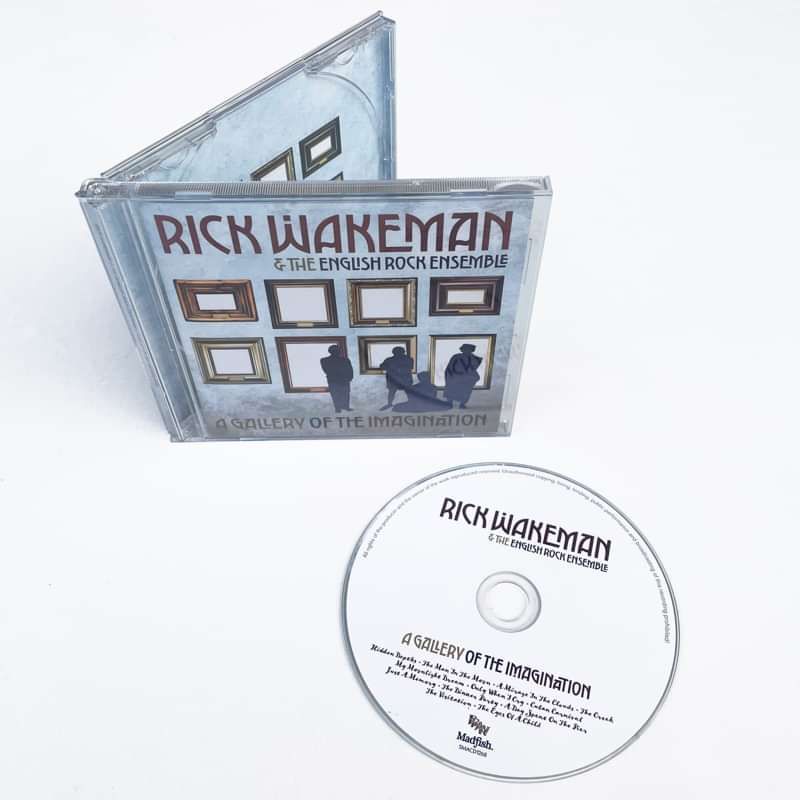 A Gallery of The Imagination CD Album

The initial idea for 'A Gallery of the Imagination' stems from Rick' first piano teacher - Mrs . Symes, with whom he studied from the age five until his time at the Royal College of Music. She taught him that music was like painting pictures: when you play, you are painting pictures through music, a lesson that Rick never forgot.

Rick had written a vast array of new music recently, all of different styles and remembering the advice of his beloved teacher, he decided to present the tracks for the new album as if they were pictures in a gallery.

Says Rick: “One of my great loves is going to museums and art galleries and seeing all the different types of art - so I thought, why not a music gallery... the Gallery of the Imagination. People can paint their own pictures to the different types of music that are on the album. It is very diverse and for me it works very well because the title holds it all together.”

One of the plans Rick wants to pursue in support of the album release is to hold launches in art galleries in various cities and to ask people to paint pictures or create sculptures to the music which, in turn, will be displayed during the shows. "It is a very tactile album” Rick explains. “I’d like to feel that people can actually touch the music.”

'A Gallery Of The Imagination' features 8 songs - 4 instrumentals, 2 piano solos and four songs with vocals. The line-up, as with Rick's previous album 'The Red Planet', features The English Rock Ensemble: bassist Lee Pomeroy and guitarist Dave Colquhoun, with drummer Ash Soan and on vocals Hayley Sanderson. The album was recorded in five different studios.