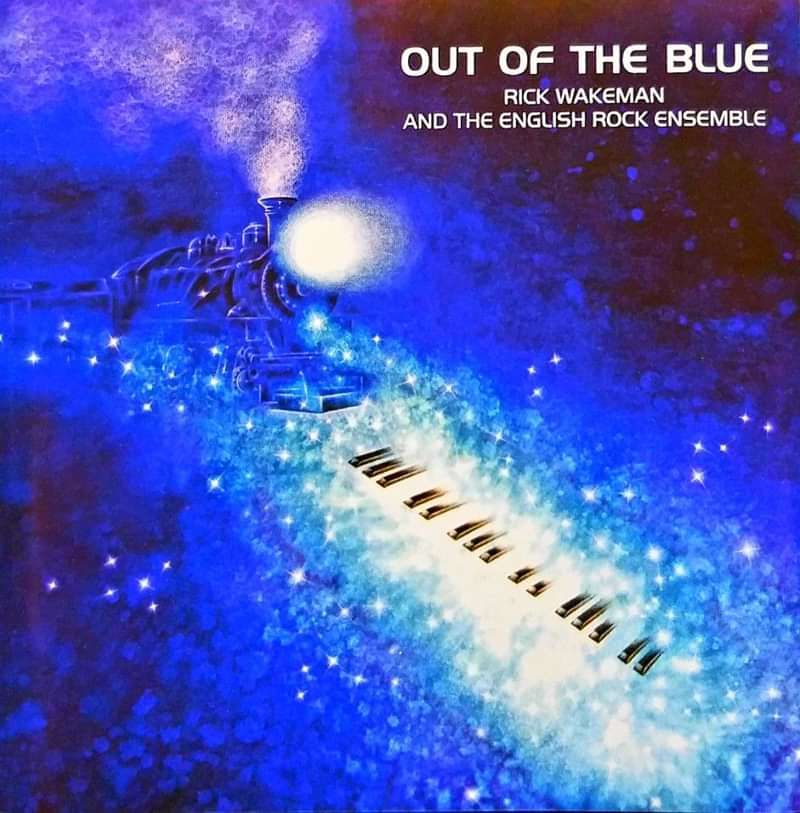 Out of the Blue

Leaving his solo shows and ambient piano albums to one side for a moment, Out of the Blue finds Rick Wakeman returning to his instantly recognisable role as a prog-rock crusader. And this time he's reformed his 1970s combo The English Rock Ensemble, albeit with a different line-up (Rick's son Adam Wakeman also contributes keyboards) even though seasoned drummer Tony Fernandez ("I can't seem to get rid of him" says Rick) remains at the tubs.

In the 1970s, of course, it was practically impossible to look up at the sky without seeing fleets of jumbo jets ferrying choirs, symphony orchestras and entire keyboard showrooms off to one of Rick's theatrical but indubitably bankrupting live extravaganzas. But times change and the world's favourite keyboard wizard is currently showing a magical touch or two by gigs in Venezuela, Peru, Chile, Argentina and Costa Rica.

Indeed, Out of the Blue, was recorded completely live (no duplicitous bum-note removal and glossy studio post-production, "I like live albums to be what they say they are" says Rick) in Buenos Aires in April 2001 is manna from heaven for prog-rock buffs.

Sensibly, Wakeman's famous classical rock adaptation of Jules Verne's Journey to the Centre of the Earth, in which our intrepid pot-holers witness monstrous sea battles between duelling serpents ("...a dark mass rising showed to be a giant porpoise") is trimmed-down to 16 digestible minutes--less of an epic journey and more of a fun-filled economy day-return to the centre of the earth.

There's also some splendid revision of material from "Six Wives" and "No Earthly Connection" while even the old Yes classic "Starship Trooper" climaxes with more wigged-out keyboard squiggling than can be found wafting through the rafters of techno favouring Ibizan nightclubs.