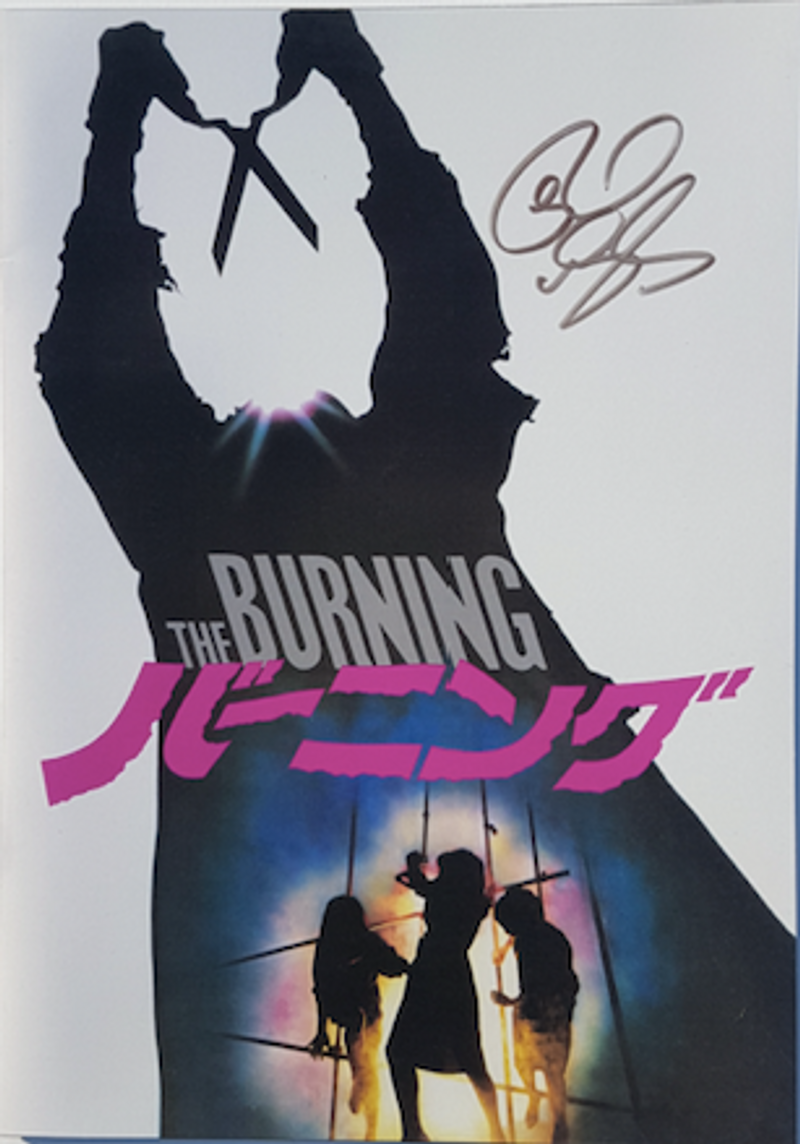 The Burning, Japanese Press Book (A4 - reproduction) signed by Rick

Signed by Rick, this reproduction A4 Japanese press book for the film of The Burning. The 1981 film slasher film directed by Tony Maylam and written by Peter Lawrence and Bob Weinstein. It is based on an original story by Maylam, Harvey Weinstein and Brad Grey, with a musical score by Rick Wakeman. The film is loosely based on the upstate New York urban legend of Cropsey, a tale that became popular at summer camps in the 1960s and '70s. In the film, a summer camp caretaker named Cropsy, who was horribly disfigured from a prank gone wrong, is released from the hospital with severe deformities and seeks revenge with garden shears on those he holds responsible, starting with the kids at a nearby summer camp. Lou David stars as the maniacal Cropsy, while Brian Matthews plays Todd, the camp counselor that must stop him. Stephen Ralteri writes: ""The soundtrack from the movie The Burning is on side two of this album, with side one featuring ""The Wakeman Variations"" on some of the same material. With the exception of the ""End Title Theme,"" the soundtrack is unusual for Wakeman, including some eerie ambient electronics, a horror story narrated by Brian Matthews, and two tracks on which Wakeman doesn't play, one a country-rock tune featuring banjo and pedal steel guitar. The ""Variations"" are keyboard-led instrumentals more in the Wakeman tradition.